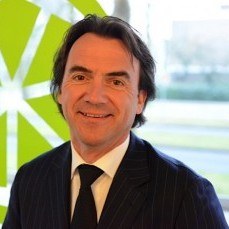 Haico Meijerink started his career at Apple Europe within the European logistics organization. In 1996 he moved to Cisco Systems to become Managing Director and Senior Director for EMEA Sales Operations. From 2005 until 2011 he was European Director Sales & Marketing Europe with Wolters Kluwer until he became the CEO at Sandd until November 2015. From the beginning of 2016 Haico is CEO Printdeal / Managing Directeur www.drukwerkdeal.nl and www.printdeal.be.

Haico has a special relationship with Deventer based football club Go Ahead Eagles, where he was member of the Supervisory Board until 2009. Haico is married and has three children, he and his family are living in Deventer.